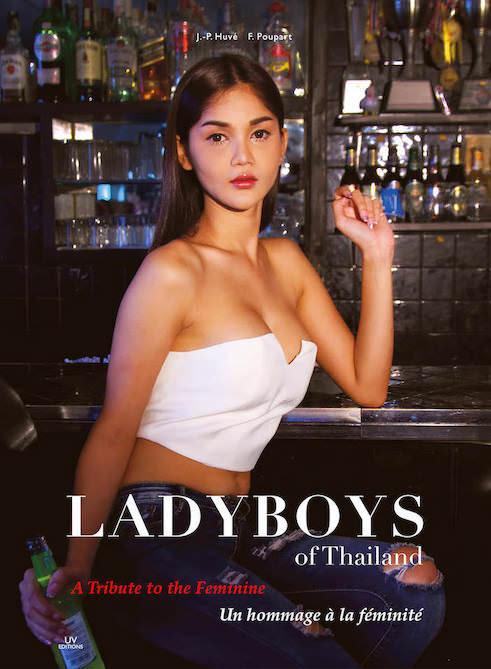 It is estimated that between half a million and one million ladyboys live in Thailand. Most have felt like little girls trapped in little boys’ bodies from a very young age and have been struggling to become  a complete woman ever since.
We have met and photographed twenty-fiv ladyboys, among whom Lisa, a high-class escort in Bangkok,  Jirachaya who works as a vet, Political Science graduate Parewa, and Sammy, who works in   a bar on Sukhumvit. In this book, you will find more than 200 photos, along with interviews, background stories, and analyses to better understand their femininity and beauty. As well as their deep humanity.

Transgender, Transsexual, Third sex ? In Thailand, they are Kathoes, or Ladyboys. It is estimated that between half a million and one million ladyboys live in Thailand. Most have felt like little girls trapped in little boys’ bodies from a very young age and have been struggling to become a complete woman ever since.

The authors have met and photographed twenty-five ladyboys, among whom a high-class escort in Bangkok, a vet, a Political Science graduate, or one who works in a bar at Nana Plaza, others who are models at Pattaya…

In this book, you will find more than 200 artistic photos, along with interviews, background stories, and analyses to better understand their femininity and beauty. As well as their deep humanity.

A book that help us better understand their predicament and their quest for recognition. 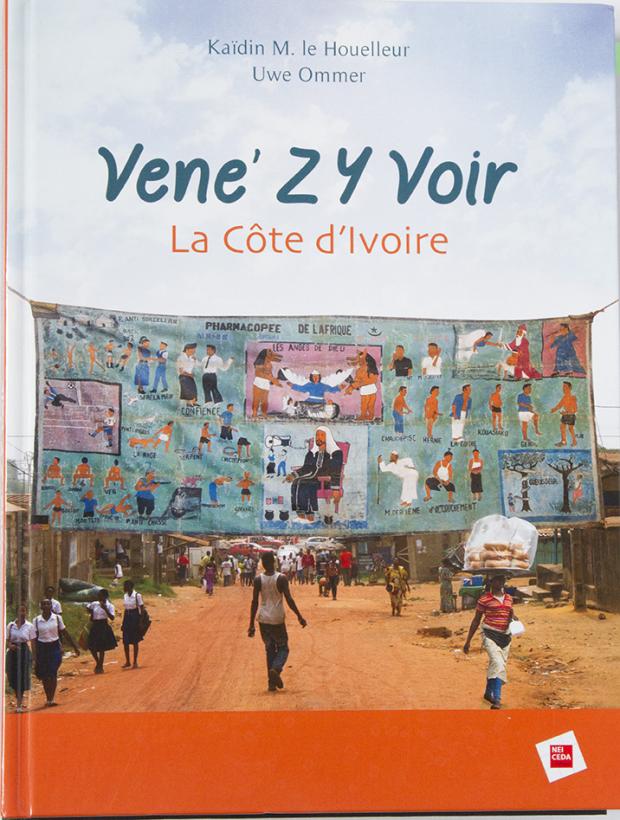 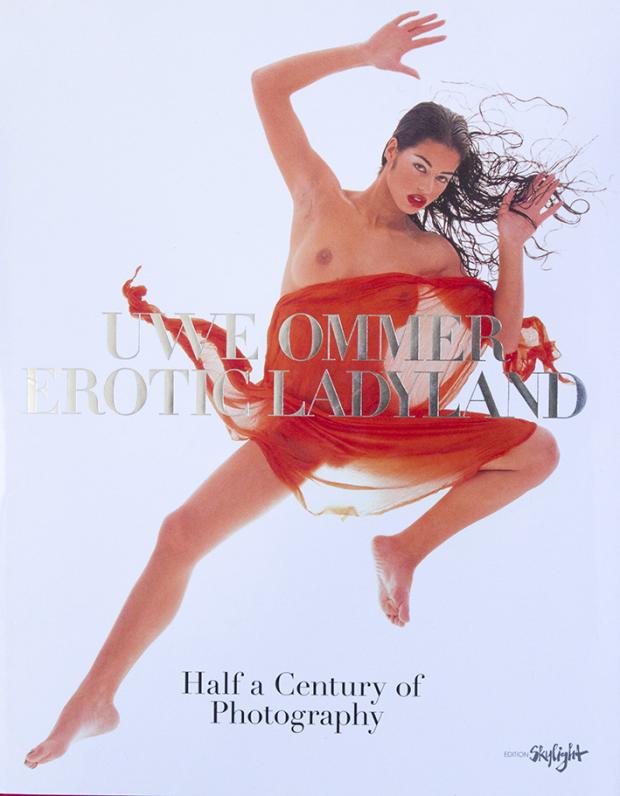 "This book is my honest homage to the beauty of women"

This large format book presents many previously unpublished photos, all selectede from the rich back catalogue of five decades. 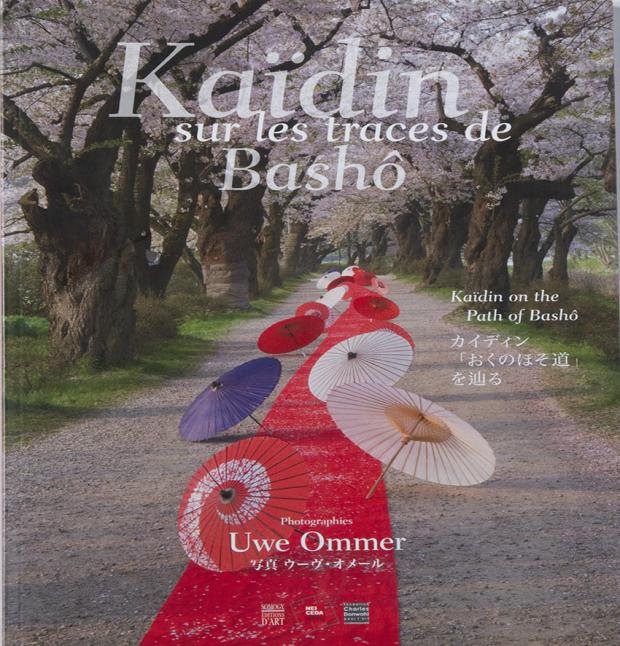 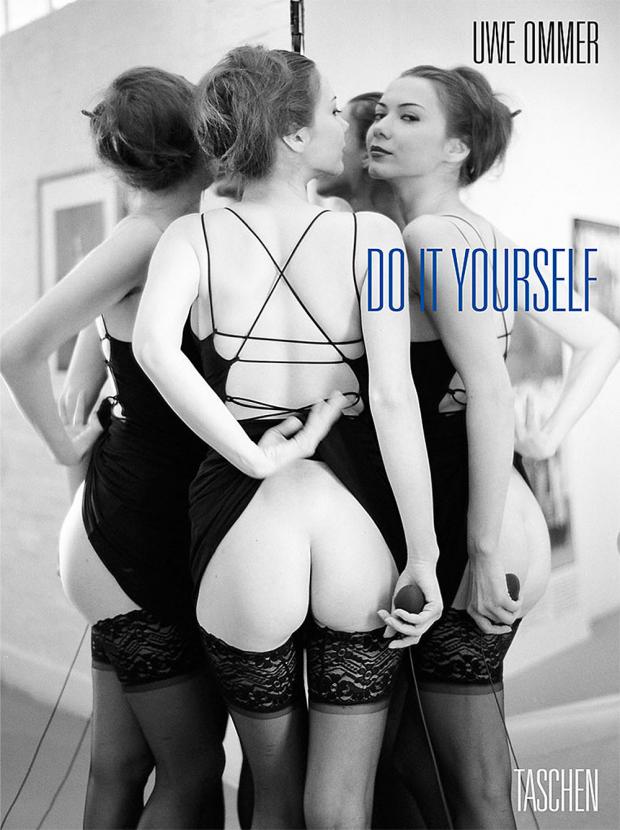 A Brief Incarnation as a Ghost-Photographer

I had already been thinking that, what with the omnipresence of digital cameras and camera-phones and the like, anyone could become a `real’ photographer these days.
But it was the young Luna who set things off. Actress by aspiration but a baby-sitter out of necessity, she is deeply enamoured of photography in general and herself in particular. We got back about midnight to find the baby fast asleep and our charming baby-sitter in heavy dialogue with the bathroom mirror. Armed with my Polaroid, wearing nothing but my wife’s high-heels, she was joyfully snapping herself. Quite unabashed, she explained that she had been inspired by the photography books on the shelves and that our bathroom was the perfect setting for her to strut her stuff.
The idea of inviting some of my models to photograph themselves just however they saw fit immediately appealed to me. Free of the critical and voyeuristic eye of the photographer, they would, I felt sure, take all the photos that I’d never dared to. The candidate-cameras were thrilled at the idea. I handed out a few digital cameras and—strictly for the intrepid—those old-fashioned ones with films in, issued a catalogue of impeccable technical advice (instantly ignored, of course, by the charmingly impatient novices) and thus project `Do It Yourself’ got under way.
Most of my friends being addicted to mirrors, its amiable reflection featured in many shots. Others bravely confronted the lens without the mirror’s silver-lining.
Some were hesitant. Uncertain of their photographic or photogenic talents, they appealed to me for help. I became their `ghost-photographer’. I loved this role. I followed their instructions to the letter, dealt with the technical side, on occasion improved their mise-en-scène, then wandered off for an aperitif while they finished up the film.
They gave free rein to the prompting of the instant. They did their best and were beautiful and sexy, provocative or romantic, droll or simply themselves in front of that silent, untenanted lens.
Students, secretaries, and sales-women; actresses, singers, stylists and dancers; models, musicians and school-teachers: no matter who, they loved this unmediated encounter with themselves. Some of them found it such a gas they have no intention of stopping. Two of them are already thinking of a career in photography—soft porn, that is. Damn! Rivals!
At all events, my congratulations and thanks to all my friends and models. They threw themselves into the project heart, soul and body. And special thanks to young Luna whose intimate (illustrated) journal follows.

Your servant in matters photographic, 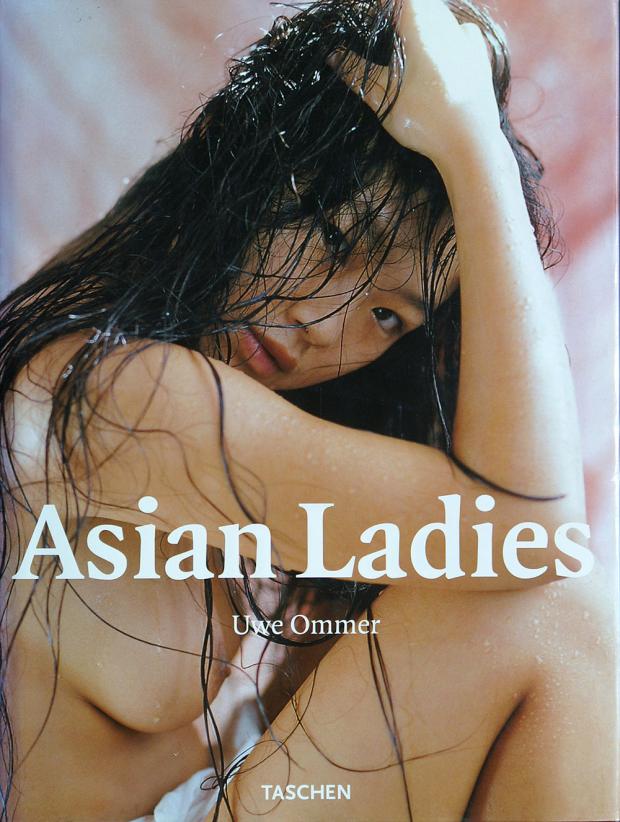 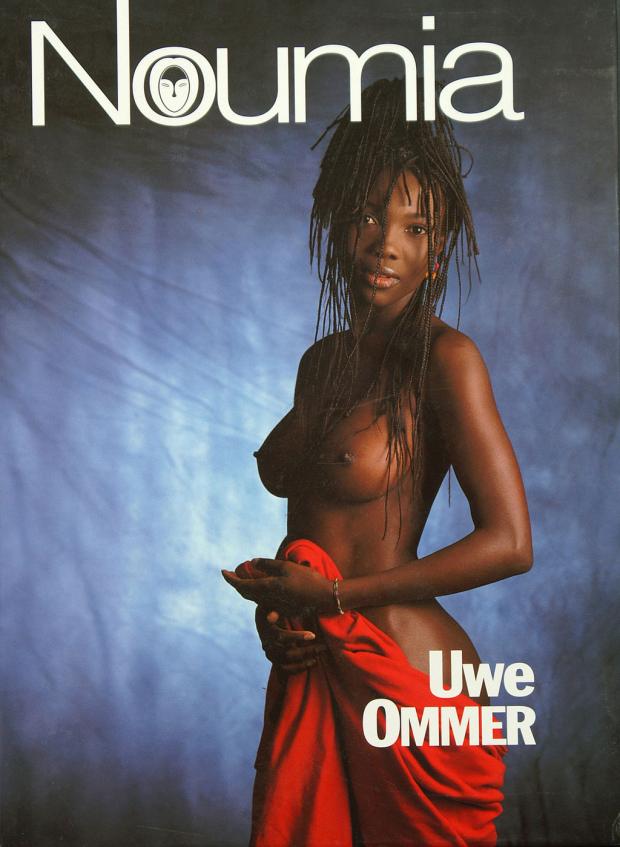 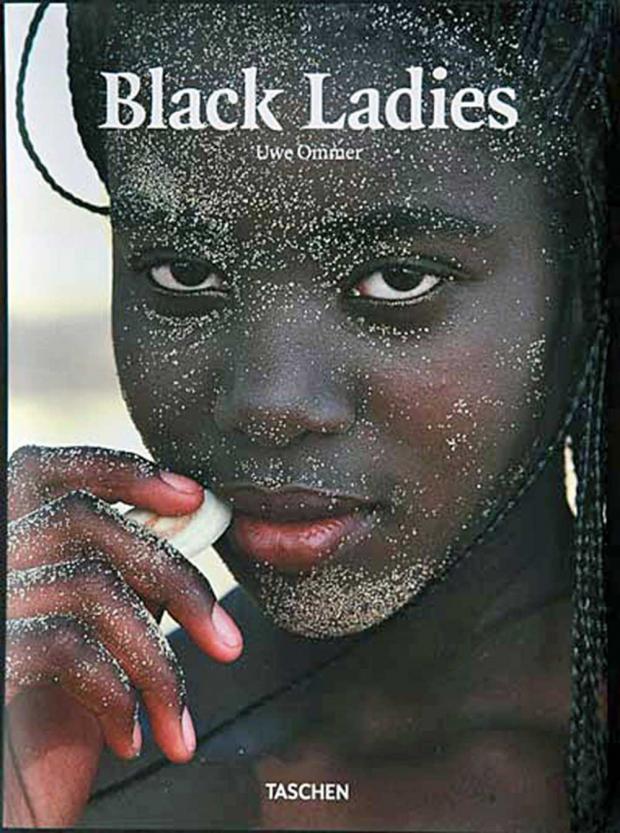 "Uwe Ommer's Black Ladies is the most breath taking book celebrating African women I have ever seen! The colors, the bodies, the scenery, the lighting, the styling, the exquisite and enchanting faces. Wow! This is a book that I would love to make a gift to all people who love beautiful works of art! A magnificent masterpiece !!! "
Lola Holman Blank United States

"what can I say?! Ommer has captured the very soul of sensual African women. The images of beautiful gracious African women that Uwe captures, with their bold smiles and magnificent glances are no doubt the same images that inspired the great Sundjata Keita to rise and establish the twelve gates of Mali. His work is inspired and inspiring ! "
Modibo China 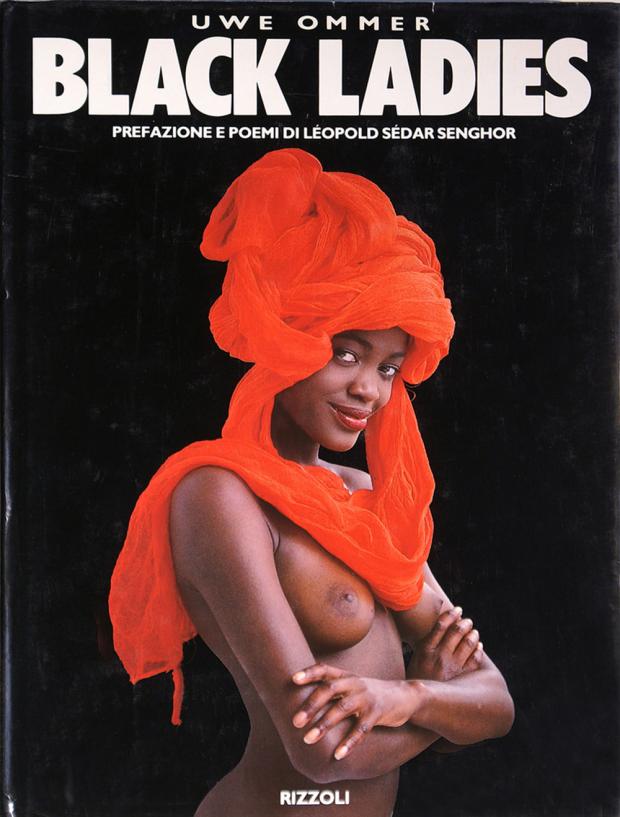 Preface by Leopold Sedar Senghor. Poet, first President of the Republic of Senegal and elected to the French Academy in 1983.

"It's not pure chance if, once again, it is a man of the North, a German,Uwe Ommer, who has discovered and shown african beauty, black splendor. Other northerners, german women, journalists and film-makers like Gisela Bonn and Leni Riefenstahl, have done that before.

I have been singing about the Black Woman, it is essenially for her multi-faceted beauty, her form - I use it in the singular- and beyond all that, her poetry in the etymological sense : for the creative inspiration that she generates within us, body and heart. I say heart and soul.

As we know the Greeks, founders of the Albo-European civilization from which today is being built the Universal Civilization, borrowed heavly in their time from Egyptian civilization about which Herodotus, the father of History, said the inhabitans had "black skin and fuzzy hair".

I'm thinking as well of the Black Gods who where them, Dionysus, the god of lyric life, and Circe, the Magician, the Enchantress. After all, in prehistoric time, and even after that, Black reigned as sacred color all over the Mediterranean Basin. The statues of the mother goddess, as well as the statues of Africa, and the black color of Ka'ba are proof of it.(...)

The black woman is also, of course, the Mother, the housewife, tender and vigilant and hard working. Don't we say "to work like a nigger". Here, she is more active than a man. It is, the above all, the lover and the loved that one rediscoveers in these photographs : beautiful as a statue, tender as a night of love in the moonligh.

It is not by chance that King Solomon, ispired by Egyptian love songs, composed for his black wife, daughter of a pharaoh, the famous "Songs of Songs". And he made her sing : "I am black and beautiful, daughter of Jerusalem awesome as an army in battle array". In effect, the Hebrew text written by Solomon, doesn't say, "black but beautiful"; but it says "black and beautiful".

Poets and photographers of the Twentieth Century aren't singing a new song."